Important Parts Of A Camera That You Need To Know About

Ready to take pictures and show the world your own unique way of seeing things? Maybe you found grandpa's old camera in the attic and you're looking to learn a little about it? Or maybe even you're thinking of picking up a new hobby to kill some time and take in some picturesque sights in the process?

Whatever your reason is, this article will tell you all you need to know about the parts of a camera and what functions they're responsible for.

The parts of a camera can be more complex than they at first seem but whether you're thinking about picking up your first or are a weekend shutterbug looking to grow your knowledge, you're in good hands.

What Is a Camera? 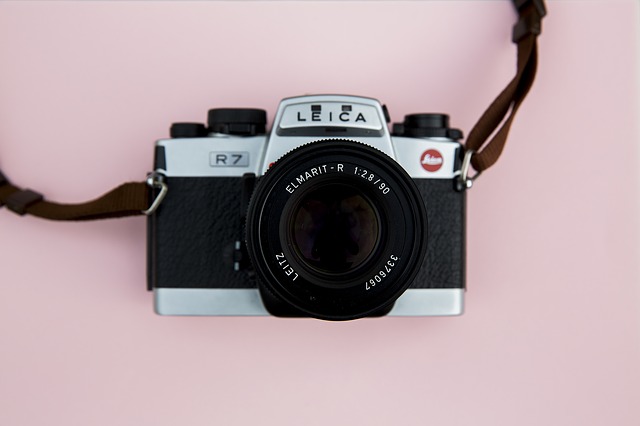 Image by marku​​​​​sspiske via Pixabay.com

Before we get into the specific parts of a camera, it's important to understand what a camera is and what specifically it is used for. It might seem self-explanatory, but the world of photography is a complex one. Without a sturdy foundation of knowledge, it's easy to get lost. It's important to know how a camera works to understand how the parts of a camera work together to produce a final image.

The role of a camera is of course to take a photo, but what exactly is a photo? A photo is the language of light, it is capturing the specific composition of the light in front of you in a specific moment. The first cameras were nothing more than a box with a hole and a sensitive metal to absorb the light that entered through it but they have evolved in numerous ways since then.

It started with metal that is sensitive to light and evolved to film that was more efficient at absorbing the impressions of the light. Today most cameras are digital and use a sensor that records the data from the light that touches it. 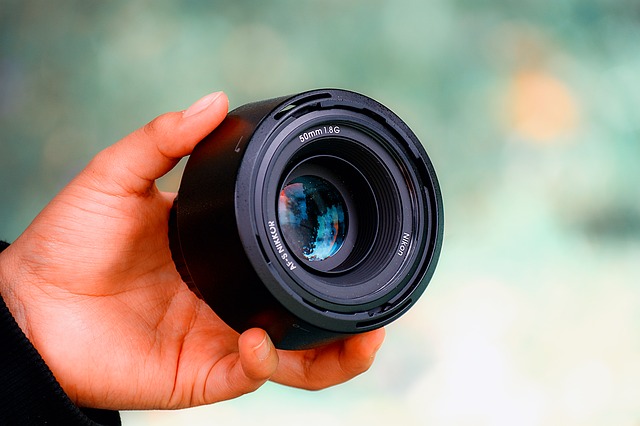 Image by fernandozhiminaicela via Pixabay.com

In the earliest models of cameras, the lens did not yet exist and unfocused light would enter through a small hole in the device. This resulted in a very blurry and unrefined image but thankfully, the invention of the lens came to save the day.

The camera lenses today are very diverse. They come in a variety of types and sizes to meet a variety of different uses but the way they work is mostly the same. The lens is essentially a tube with several layers of glass that focus the light before it meets the sensor. It can enlarge the scene before you by decreasing the field of view or can capture a wider area than your own eyes are capable of.

A camera lens is also responsible for focusing your image. In a camera lens, there is a focusing lens that can move slightly forward or backward. This allows you to change the distance in which objects appear in focus and out of focus 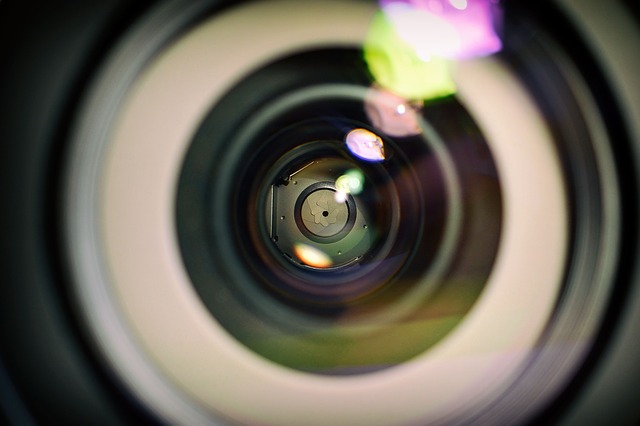 Image by Frantisek_Krejci via Pixabay.com

The camera lens aperture is a crucial part of capturing a crisp final image and maintaining correct exposure. The aperture refers to the small hole in the front of a camera lens that the light enters the mechanism through. It is best understood as the "pupil" of the camera lens. A pupil will expand in darker conditions to allow more light to enter your eye and will narrow in bright conditions to prevent too much light from entering.

Exposure is the brightness of an image. A wider aperture will make your image brighter while a more narrow one will make it darker. The size of the aperture is measured in f-numbers. The lower the f-number, the wider the aperture.

Bokeh is generally desired in portrait photography or any instance where you are trying to draw attention to a specific subject and away from the rest of an image.

A large f-number will produce a narrow aperture and therefore capture more of the image in focus but will also decrease the amount of light hitting the sensor. Higher f-numbers are most often used in landscape photography and instances where you want as much of the image as possible in sharp focus. Because of this, most landscape photographers use a tripod to compensate.

The camera shutter also plays a very vital role in the sharpness and exposure of the final image. The shutter is what separates the light from the sensor until you are ready to take a picture. When you press the shutter release, the shutter allows light to hit the sensor for a short amount of time and then closes again. The light that hits the sensor during this period is what is then used to compose the final image.

The longer you leave the shutter open, the more light encounters the sensor and therefore increases the exposure of your image. Although as you might have guessed, it also captures whatever motion happens in the scene while it is opened. A fast shutter speed is required to capture a subject in motion because a slow shutter speed would make them appear blurry. The faster your subject is, the faster your shutter speed will need to be.

This is why most landscape photographers use a tripod when they are shooting with large f-numbers. Since mountains very rarely get up to stretch while you're photographing them, the shutter can remain open for large periods of time without capturing motion blur. 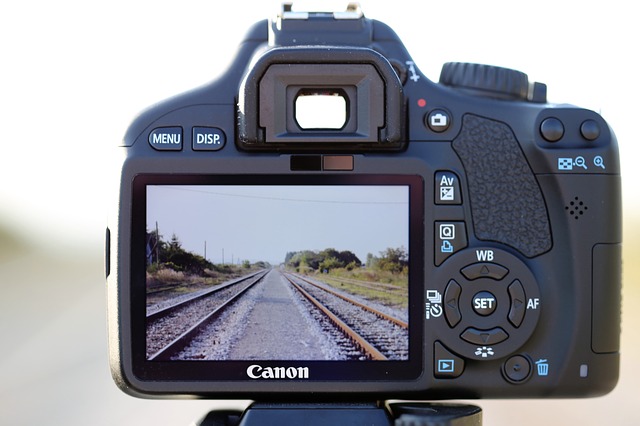 Image by GoranH via Pixabay.com

The camera screen is very vital in the parts of a camera. It serves as your gateway for controlling all the other parts of a camera and understanding what specifically is going on. This is where you can view all of the settings that effect your final image and can also review the final image itself after it is taken.

Most modern cameras feature a "Live-View" camera screen as well, which allows you to view what the light looks like that is entering your camera. This is extremely helpful when it comes to composing your image and visualizing the picture you are trying to take.

The camera viewfinder is the small opening in the top of the camera, typically above the screen, that allows you to see the light exactly how it is entering your lens. Depending on your type of camera, the specifics of what you are seeing can vary but the purpose remains the same.

In DSLR cameras, a mirror reflects the light that passes through the lens directly to the viewfinder through a pentaprism. In these cameras, you are seeing the direct physical light of the scene in front of you. Due to this, it is recommended to not look at any bright object through a DSLR viewfinder for long periods of time as it can damage your eyes.

In other types of cameras, the viewfinder operates in the same way as a live-view camera screen. You are not looking at the actual light itself as it comes through your lens but at an electronic representation.

Cameras have evolved in countless ways over the years and the parts of a camera along with them. There are many factors that go into the quality of a picture and how it is produced but I hope after reading this article, you know all you need to know to understand how a picture is made. Knowing the different parts of a camera allows you to be better prepared to take pictures and also know a little of the magic behind the process.

Photography is an amazing past time enjoyed by millions. Whether you're snapping pictures of Fido in the dog park or that pretty lake on the other end of town, may your focus ring true and your light be bright.

Featured Image by JÉSHOOTS via Pexels.com The Best Point And Shoot Camera Under $300