Home » The Complete Guide On The Best Canon Mirrorless Camera
0

Mirrorless lens cameras have been becoming more advanced as the years go on, and, for many photographers, they're becoming preferable to even digital single-lens reflex (DSLR) cameras. Mirrorless cameras offer a smaller, lighter, and quieter camera, which are all attractive features to even professional photographers.

The number of mirrorless cameras on the market is almost overwhelming, even within brands. Canon itself has a wide array of mirrorless models available to cater to the growing demand. While every photographer has their preferences and picking out a camera can be a personal decision, we're here to help with your camera purchasing adventure by determining the top Canon mirrorless cameras available.

Things to Consider When Purchasing a Mirrorless Camera No matter if you're sold on Canon or looking across brands, there's still a lot of specs that will influence your purchasing decision. As with any camera, you're going to want to pay attention to lenses, sensor size, viewfinders, and autofocus—as well as video and wireless capabilities.

Mirrorless cameras have interchangeable lens, unlike most other compact cameras. The capability to switch lenses around can make a big difference in your photography, as you can swap out to a lens system that best suits the pictures you're taking.

Even better is that, since mirrorless cameras have a short distance between the lens mount and the sensor plane since there isn't a mirror inside, you can often use other lenses from other cameras with them. Usually, you'll need an adapter for this, but it's worth not having to get rid of all your old lenses. Even so, you should doublecheck lens compatibility before picking out a camera.

Even if you don't have older ones, you still have your pick are plenty of specially designed lenses for mirrorless cameras. This array of choices is excellent because not all older lenses are compatible with all features of mirrorless cameras, such as autofocus.

A larger sensor will perform better in lower light situations than a smaller one will. You can still get decent photos with a smaller sensor, but the larger size will serve you better if you take a lot of low light photos.

However, smaller sensors allow for smaller camera sizes, meaning you get a lighter weight camera as a result.

You want to be careful with the quality of the electronic viewfinder (EVF), as they can be prone to distracting time lags when you're trying to take a photo. There are cameras with minimal delay in their EVFs, so try to aim close to that standard when selecting a camera. Using the EVF will also tax the battery about as much as the LCD screen will.

Still, EVFs very much have their advantages with focus peaking, which helps make better manual focusing adjustments. An EVF will also let you see what any camera setting adjustments will do to your photo before even taking the picture.

To make up for the discrepancies between contrast and phase detection some mirrorless cameras use a hybrid focusing method. If you're looking to do low-light photography, you'll want to consider a hybrid autofocus system along with larger sensor size.

That contrast detection system comes in handy when it's time to use your camera for shooting videos. A DSLR camera still uses contrast detection for recording, but the fact that mirrorless camera relies on that technology means that it usually has a much higher quality system ready to go.

You can also make several tweaks while recording with a mirrorless camera, while the small size and lighter form mean you can keep recording for a lot longer with much less fatigue.

If you're a videographer, you'll want to make sure that you pick up a mirrorless camera with high-quality format recording. It's also best to check if the camera is compatible with external microphones, headphones, recorders, and video monitors.

Cameras are no exception to the vast array of wireless features working their way into technological devices. Many mirrorless cameras have partner apps, making it possible to control your camera from your smartphone. Depending on the range of control you want, you may want to investigate your camera's app capabilities beforehand.

There are also cameras that allow you to wirelessly transfer photos to a smart device or directly to social media. Near Field Communication features let you tap your camera to another camera or smart device to share pictures, so long as you're in range of each other. The Canon EOS M5 is standard as far as mirrorless cameras go, but that isn't necessarily a bad thing. If you pick this camera up, you're getting a 24.2-megapixel APS-C image sensor, a crisp electronic viewfinder, and a tilting touchscreen around the back. The continues shooting speed is 9 fps, which isn't bad at all, and the whole package weighs in at 15.1 ounces.

One of the most significant draws is that the EOS M5 is that Canon DSLR lenses are compatible with an adapter, so you're good to go if you don't want to trade out your old lenses. They even include autofocus and image stabilization, so you don't have to lose out on these features, either.

More disappointing, however, is that the EOS M5 doesn't feature 4K video or weather sealing, which you can find on a lot of other mirrorless cameras.

The Canon EOS M100 is an upgrade to the M10, and you see that in a lot of its stats. The resolution has increased to 24.2 megapixels from 18, and the fps rate has risen from 4.6 to 6.1. The M100 also has superior autofocus to its predecessor, and it's all tucked away in a light package of 10.7 ounces.

For the price range, this camera has a lot of functionality and image quality to it, making for a great value all around. You even get Bluetooth compatible capabilities to go with it, giving you many more wireless options.

On the downside is that the M100 doesn't have a viewfinder, so you'll have to rely on the rear LCD for lining up videos and photos. There are also a limited number of compatible professional grade lenses, though Canon and even some third-party manufacturers been producing more.

Fitting into the Canon lineup between the EOS M100 and the EOS M6, the EOS M50 has 24.1 resolution and an impressive speed of 10fps for fixed focus. The rate for adjusted focusing is 7.4, which is remarkable in its own right. The phase detection autofocus covers a broader area of the frame thanks to the Dual Pixel CMOS AF sensor.

This camera is capable of recording 4K video, and it also has the full scope of wireless capabilities, including Wi-Fi, Bluetooth, and NFC. There's also an electronic viewfinder, fully-articulated touchscreen, and silent autofocus and shooting modes. The EOS M50 is approachable for newcomers while still being satisfying for experienced photographers to use.

This camera also suffers from the small range of lenses. On top of that, the single dial control is slower than dual dial controls seen on other mirrorless cameras, and the viewfinder is a bit over contrasting, which can block shadow details.

Canon's EOS M6 has a strong image quality game with its 24.2-megapixel sensor, and the Digic 7 processing gives the whole camera a high speed. The continuous focus fps rate is 7fps, and the SD card doesn't require a lot of buffer and loading after taking a lot of images.

The touchscreen is very sensitive and easy to navigate, plus it can tilt upward, an essential feature for when you want to take much more subtle shots.

The EOS M6 has Wi-Fi and Bluetooth compatibility, making it easy for those who want to employ remote control through the smartphone app much more straightforward. It's got a high build quality without being too heavy, and you can use the lens adapter to swap in other lenses, though you will be adding a bit to the weight. There are also physical dials for extra control.

One noticeable feature of the EOS M6 is that it doesn't have a viewfinder—but you can get an attachable one if you so choose. There's also a lack of 4K video, which makes its higher price tag a little disconcerting.

The Canon EOS M10 is very compact in design, weighing in at 10.6 ounces and with dimensions of 2.6x4.3x1.4, making it easy to grip and lightweight to carry.

Some smaller mirrorless cameras don't have a built-in flash, but this one does, and it's also adjustable to keep the lighting from making images too harsh. The body controls are simple and few, and the Wi-Fi button sits slightly recessed to prevent unintentional activations.

The Scene Intelligent Auto Mode takes full control over the exposure, making the whole camera simple for casual photographers to use. There is also the Creative Assist option, which helps with freezing motion and blurring backgrounds for people not quite as familiar with advanced controls. There's also Wi-Fi and NFC capabilities.

The EOS M10 is rather slow running, and a lot of its specs pale in comparison to the other models on this list. The video tops at 1080p, and the image quality can fluctuate depending on your settings. Considering what this camera has going for it, the market price is stretching it a little. While we've covered most of the Canon mirrorless line here, there still can only be one best pick of them all.

Our top choice is the Canon EOS M50 model. It provides the 4K video quality a lot of the other Canon models lack, plus it has the full range of wireless capabilities. It has high resolution and speed, making for an excellent combination of specs.

The interface is intuitive enough for beginners to get a handle on the camera's workings while still allowing more experienced photographers the control to get their images just the way they want.

While it's true that the EOS M50 suffers from a lack of compatible lenses, this is about the biggest problem with the camera. Everything else is of excellent quality, with only a few little hiccups in design.

Canon may still have a way to go to bring their mirrorless cameras up to the same level of quality as their DSLR products, but there are some capable models in their lineup. Especially if you're familiar with Canon models or new to mirrorless, you'll be able to find one that works for you and fits your shooting needs. 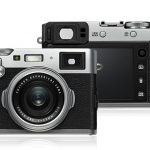