Digital cameras have evolved over the years, and one of the biggest advancements in photography came with the invention of DSLR cameras. Shortly after their release compact system cameras, or CSCs, came into the spotlight.

Today we call CSCs “mirrorless” cameras because they don’t have the complex mirror set up that DSLRs have. This means there isn’t a viewfinder, and you are left with the rear screen or an electronic viewfinder. Some photographers prefer one over the other, but it is hard to say anymore, which one is “better” as it comes down to personal preference.

If you have decided to get a mirrorless camera, you will be glad to hear that they run less expensive than their larger, bulkier DSLR counterparts. However, this doesn’t mean they come cheap. This list will showcase the best mirrorless cameras under $500, so you can make your choice and get back to taking stunning photographs.

HOW WE CHOOSE OUR RATINGS 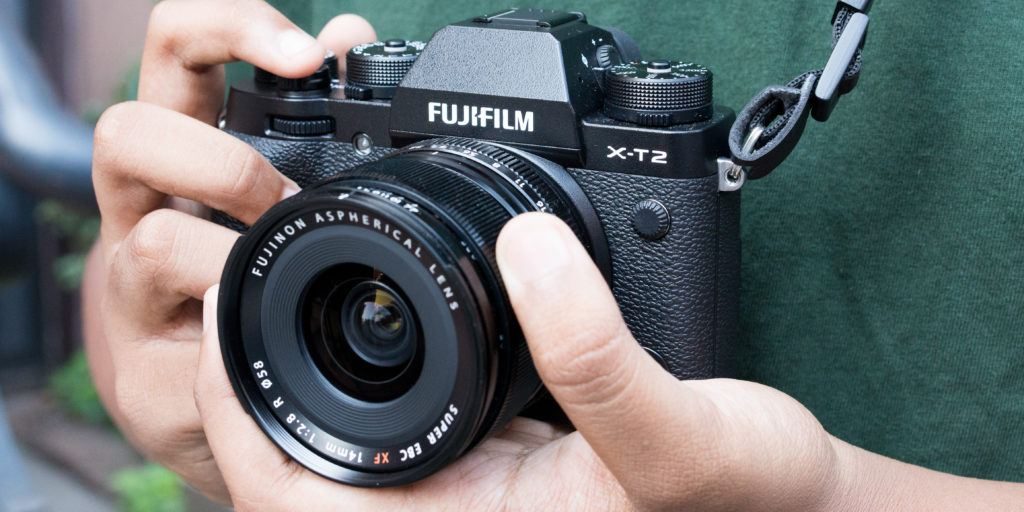 Our ratings are not just some made up number nor are we paid to pick one over the other. We take a look at every product we possibly can and evaluate their features, options, add-ons, and abilities. We gather all of this information and evaluate it.

We don’t stop there. We also look at consumers and their interactions and reactions. We study the reviews, the concerns, and the reports. We take all of this information, accounting for such variances as inept users simply making a complaint, or paid reviews boosting specs that just aren’t true.

Based on all of the gathered information we then allocate a numeric grading system that combines the camera itself, its uses, features, and availability. We then take the top rated cameras and give them a star rating (out of five stars) based on the overall consumer experience. The best mirrorless cameras under $500 then make this list you are reading now.

While we understand that not even the highest rated model may be the best personal option, we do hope that the guide, information and rating systems we devise help you make a more informed decision on your future purchase. 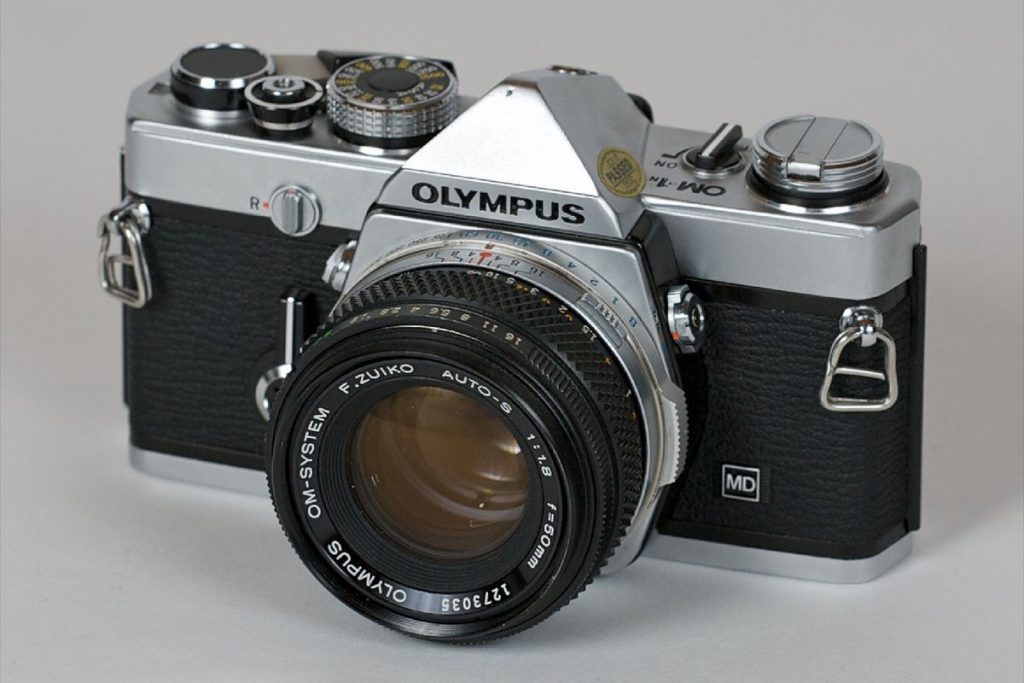 While the term best may be subjective, certain models prove themselves time and again. From consumer reviews to dependable and reliable parts and accessories, the best mirrorless cameras under $500 are listed below. 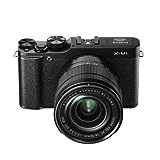 The Fujifilm X-M1 is considered a beginner, or entry-level mirrorless camera. However, with the features and options, even seasoned pros are taking a second look. The largest missing feature is a viewfinder. The X-M1 makes up for this, though, with a large 3 inch LCD screen that has a tilt for viewing the scene from multiple angles or lighting.

The included lens is a Fujinon Aspherical Lens with a 16-50mm zoom. The camera also has many built-in features such as wireless connectivity, built-in flash with an additional hot shoe.

What may surprise you is the features that are not as common on entry-level models. Full 1080p HD video shot at 30 frames per second and 16.3 megapixel ISO from 200 to 6400. However, you can expand the sensitivity to 24600. Further features include:

The EOS name has been around for years, and now the M100 brings the name to the mirrorless camera game. The entry-level camera has many features of the higher end models with a few exceptions. High-end mirrorless cameras from Canon have higher resolutions and add features that justify the higher cost.

However, to save costs and maintain quality, Canon uses the best options and features in all of their cameras. The M100 is no exception. With dual pixel CMOS autofocus lens that has a  24.2-megapixel sensor. The lens is capable of 15 to 45mm zoom.

Other notable features for this casual or entry-level mirrorless camera include:

While the M100 may not have the megapixel capabilities of the higher end models. Though it is a huge advancement over the M10 model. The image sensor supports hybrid CMOS AF II, and has a light sensitivity of 200 to 26400.

Further, there is an adapter that you can fit to the M100 that will allow you to use the EF and EF-S lenses as well, which will open up your lens arsenal to well over 30 options.

Sony has created a mirrorless camera designed for everyday use by casual enthusiasts and semi-professionals. For under $500, the Alpha A5000 has a lot of features that make Sony a continuous stand out in the budget-friendly model.

With the A5000 you will find a 20.1mp Exmor APS sensor with a high range of light sensitivity (ISO 200 to 6400) and a 1 million dot LCD screen. The screen tilts 180 degrees to allow you to take forward facing shots like selfies or group inclusion pictures.

The camera works well in all lighting situations including low light. The video records in full 1080p HD at 30 frames per second. Other features include:

The camera is lightweight and capable of a few hours worth of continuous image capture and enough battery power to record a couple of hours of video.

The Pentax QS-1 is an ideal model for those looking to get into photography and looking for a modern style camera. With a 12.4 megapixel CMOS sensor and a 5 to 15mm zoom lens. Other notable features include:

The camera is ultra lightweight and easily holds a battery charge for several hours worth of images. The video recording up to 1080p HD at 30 frames per second holds scenes in all lighting situations including low-light settings.

If you are looking for an upgrade from an existing mirrorless camera, the Pentax QS-1 isn’t a good choice. The lens selection is smaller than most other models on this list, and while the price point is enticing, it may not be a step up from your current camera. 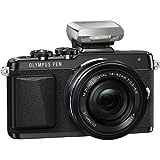 The Olympus PEN is a great starter mirrorless camera with a lot of mid-range features. While higher end models will give you an overall better image quality, as an upgrade for the casual user, the E-PL7 works well as an introduction to more advanced features.

It offers a tilt LCD screen and comes with a 14 to 44mm zoom lens. It does not have a viewfinder, like most other mirrorless models. However, the 3 inch LCD screen displays the scene in vivid detail.

The 16 megapixel Live MOS sensor has 81 point FAST autofocus, which utilizes Small Target autofocus. Further, there is in-body stabilization, so you don’t need to rely on image stabilization inside some lenses.

Speaking of the lenses, the Olympus uses the Micro Four-Thirds lens system, which, as of this writing, has over 90 different available models. With such a selection on a budget-friendly mirrorless camera body, the learning curve for taking professional style pictures is as small or as large as you are willing to make it.

Last on our list is the Nikon 1 J5. This ultra-compact mirrorless camera uses 16.1-megapixel lens that has 105 phase detection autofocus points. The entry-level price is astounding considering that the 1 J5 is designed for photographers of all levels. The features back it up.

The battery doesn’t last as long when shooting video, where you can get up to 90 minutes. When shooting photographs, however, you can shoot virtually all day with up to 10 hours of battery life, depending on settings.

With a durable built exterior and rugged aesthetics, the Nikon 1 J5 looks and feels like a premium camera. The image quality does too. Any lighting situation will work with the Nikon lenses. A 10 to 30mm zoom lens comes with the camera, so it isn’t just a body only.

For beginners, amateurs, and professionals looking for a portable, adjustable and easy to use a mirrorless camera, the Nikon 1 J5 may be a good fit.

When deciding to buy a mirrorless camera, there are several factors of which you need to be aware. If you are a casual photographer, or someone who is beginning to test the art of photography, a less expensive, lighter camera is probably a good bet. However, the cost and weight aside, there are certain aspects of a mirrorless camera that should be addressed. 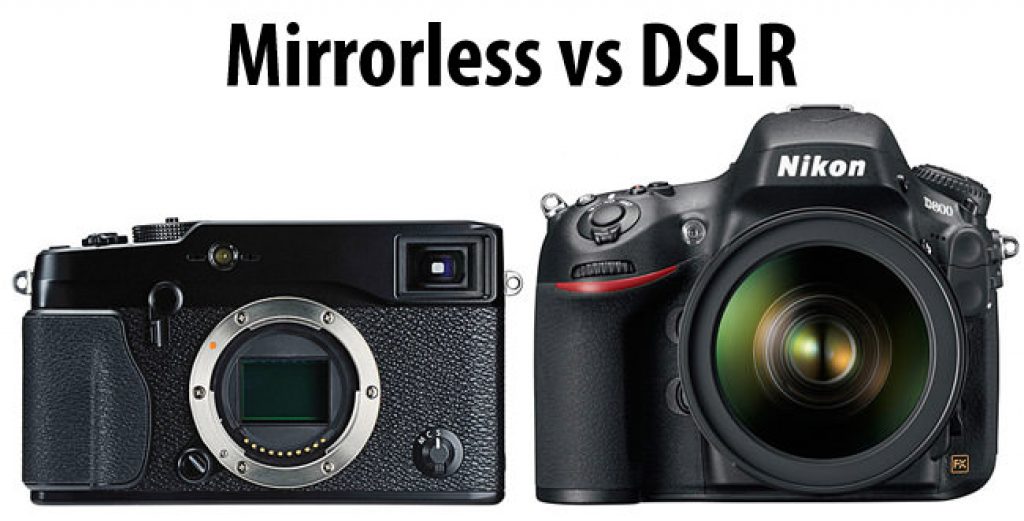 The battery life on mirrorless cameras is very limited. Because the size of the camera is smaller, more compact, they rely on smaller batteries. While the batteries can be recharged, if you don’t have a fresh set ready to go, you will need to wait until your batteries are charged to resume shooting. The solution is to purchase second or even third sets of batteries and perhaps even a second charger to keep up with your demand.

Lens selection is also important. DSLR cameras have literally thousands of lenses to choose from, where mirrorless cameras have a much smaller share of the market. Most mirrorless lenses are manufacturer specific, meaning you must purchase a lens made specifically for the camera body you have.

There are ways around this too, such as DSLR lens adapters, but the weight aspect and cost savings will soon go out the window doing so. The viewfinders are also something to consider. Most mirrorless cameras don’t have a viewfinder and rely on an LCD screen to display the menus and scenes.

Electric viewfinders are common for mirrorless camera enthusiasts. So are silent shutters. DSLRs have physical shutters that give the click sound when taking a picture. Mirrorless cameras don’t have this feature, and their shutters are electronic as well as silent.

When making a final decision, you will need to choose which features, lenses and capabilities you need and find models that offer what you are looking for.

Not everyone will find the highest rated camera a perfect fit. It is a lot of give and take between capabilities, features, and lenses. Just because a camera is listed as the best mirrorless camera for less than $500, doesn’t mean it is the best camera for you.

Cameras are a tool for the artist and the best for that artist may not be the best for the next. Finding your next mirrorless camera should be fun, and hopefully, this list has helped narrow your search considerably. 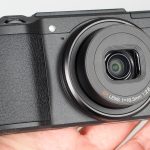 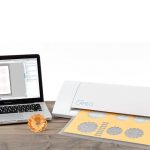