Photokina 2014: Canon appears to be the star at this year’s Photokina trade fair, in terms of number of new devices showcased. Among these we found the newest compact which is aimed at those who want to make cooler and better selfies, the Canon PowerShot N2. 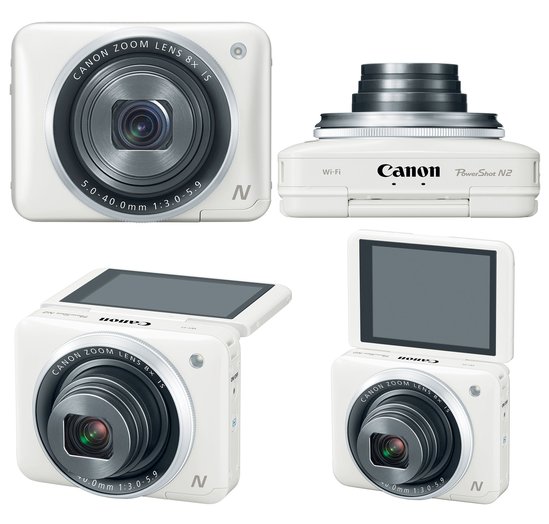 Canon PowerShot N2 is being unveiled at a distance of one year from the previous version, PowerShot N, which proved to be more or less a disappointment, but Canon promises that the new camera is solving some of the issues that earned PowerShot N its criticism by integrating a new 1/2.3 inch CMOS sensor at 16 megapixels, a lens with 8x optical zoom, a vertically tilting LCD screen, along with Wi-Fi and NFC. Sounds like it includes pretty much all that a camera should include that boasts to make it a snap to take self-portraits or vacation photos and post them quickly to Facebook or Instagram. As with the previous generation, the ring around the lens acts as a trigger, but now can be pressed from every angle (not just from the top), in order to facilitate the taking of self-portraits.

Canon PowerShot N2 will hit the stores starting in October, at a price of $299. It will be available in two versions: black and white.

Canon PowerShot N2 does the same thing that a top-of-the range smartphone does, take for instance the Samsung Galaxy K Zoom which even solves the zoom problem (comes with a 10x zoom factor, instead of 8x on the N2). Therefore, the new Canon tries to enter a pretty tight niche in the market and remains to be seen to what extent it will be successful. But if the folks at Canon did not drop the towel and have already released the second generation, it’s a sign that the potential exists for such a device, even if at first glance it seems redundant.

Also at Photokina, Canon released the new Canon 7D Mark II DSLR, along with the 65x superzoom compact Canon SX60, and the flagship compact with a 1-inch sensor PowerShot G7X. In the lens category, Canon launched a prime pancake at 24mm with f/2.8 aperture and STM focus engine, but also the new zoom lens Canon 24-105 mm f/3.5-5.6 IS STM, along with the professional telephoto lens EF 400mm f/4 DO IS II USM. 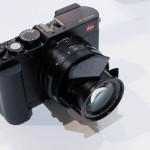