If you’re in the market for a durable, take-anywhere compact digital camera, you’ve probably heard of the Olympus Tough TG. The TG-5 is the most recent iteration of one of the highest-rated “tough” cameras available today.

Below is our comprehensive review of the Olympus Tough TG-5 compact digital camera. We break down the photographer jargon into terms that anyone can understand, so you won’t need to take a college course just to pick out a new camera. We cover all the features that matter most to a casual photographer.

What is the Olympus Tough TG-5? The Olympus Tough TG-5 is an ultra-HD, compact digital camera that ruggedized and designed to go anywhere. It can capture still pictures as well as 4k video and is waterproof and weatherproof.

The compact body measures 4.45" by 2.6" by 1.26", and only weighs around half a pound so that it will slip easily into your front pocket. The 12-megapixel camera features a high-speed image sensor, three-inch fixed LCD screen, and a field sensor system with GPS, manometer, compass, and temperature sensors. The “Tough” name comes from the fact that the TG-5 is waterproof to 50 feet, dustproof, crushproof to 220 pounds of force, shockproof from seven feet, freezeproof to 14 degrees Fahrenheit, and has an anti-fog lens.

In addition to how tough it is, the Olympus Tough TG-5 stands out above the competition because of its advanced technical specs, including:

Pros and cons of the Olympus Tough TG-5

As mentioned in the name, and multiple times in our review, the TG-5 is tough. It can take more punishment than any comparable compact digital camera on the market.

The Olympus TG-5 features a wide aperture lens, which gives you greater control over the depth of field. When you manipulate the depth of field, you’re able to make the subject of your photograph really pop while blurring the background.

The TG-5 has a quick focus, allowing you take fast action shots without too much blurring. It also has an excellent macro capability so that you can take photos of objects very close to the lens.

Another fun feature of the Olympus Tough TG-5 is the 20fps burst shooting mode, which will take up to 20 pictures per second. It can also capture video in 4k and works well in the dark as well as in full daylight.

The Olympus TG-5 has some convenience features as well, such as RAW support, micro USB charging, wifi connectivity, and GPS.

Compared to other compact cameras, the Olympus TG-5 is on the expensive side. All of the features we've listed above add to the cost of any device, so it's not unexpected that you'll have to pay a premium for them.

The fixed LCD screen isn’t as robust as the rest of the camera, and scratches fairly easily. The display quality is lackluster as well.

When you use the Olympus Tough TG-5 to capture video in 4k, the footage will be cropped. This is a technical limitation of the camera that enthusiasts are aware of, but more casual photographers may find it annoying.

The user interface can be confusing at first, so you’ll need to dedicate some time to reading the manual and watching YouTube videos to get the hang of it. Despite that, the TG-5 doesn’t have a full manual mode, meaning you can’t manually adjust every setting—you’re stuck with some pre-sets no matter which mode you’re in.

The Olympus TG-5’s battery life is average, which isn’t really a pro or a con, it’s just the reality of owning a robust-but-lightweight device.

We scoured the internet to see what other people have to say about the Olympus Tough TG-5.

PCMag named the Olympus Tough TG-5 their Editor’s Choice for the best waterproof camera of 2017 and 2018. TechRadar also believes the Olympus TG-5 is the best all-around rugged camera, though they lament the high price tag.

On Amazon, customers rated the Olympus Tough TG-5 3.8 out of 5 stars, with 153 reviews. Several customers posted the pictures they took with their TG-5, and they’re absolutely breathtaking.

One of the common gripes is the limited wifi capabilities. The wifi only works with the Olympus smartphone app, which is meant to give you advanced editing and processing features. However, trying to edit a 4k image on a tiny smartphone screen leaves much to be desired, so it would be nice if Olympus allowed you to connect the TG-5 to a laptop or Mac.

Other customer complaints included the short battery life, as well as the difficult-to-navigate Olympus warranty process. We recommend testing your camera as soon as you get it, so you can avoid the warranty process altogether and go through Amazon to return your camera if it’s defective.

Overall, we agree with the majority of customers and critics who think the Olympus Tough TG-5 is the best ruggedized compact digital camera on the market. That said, it has its fair share of flaws, and the fact that it’s rated so highly says more about the anemic digital camera market than its overall quality.

Nowadays, smartphones are the most widely-used cameras, which means people are spending less and less money on standalone digital cameras. Thus, your selection of digital cameras is going to be a lot smaller than it was ten or fifteen years ago.

However, digital cameras are still popular with active, outdoorsy folks, because they don’t want to risk their smartphones in dangerous situations—dropping your $400 camera off a cliff is a lot less disruptive than dropping your $900 iPhone. That’s why rugged, “tough” cameras are seeing a resurgence in recent years.

All of that is a roundabout way of saying that the Olympus Tough TG-5 is a worthwhile investment if you're going to be in situations that require a rugged camera. If you're looking for something that can withstand damage from a fall or a dust storm, or you want to take pictures underwater, the TG-5 is the best possible camera in the sub-$1k price range.

If, however, you’re just looking for a camera that performs better than your smartphone, and you don’t plan to subject it to extreme elements, you may be better off with a less rugged model that will give you more control over your settings and image quality.

To help give you an idea of how the Olympus Tough TG-5 matches up to similar models, we’ve compared it to the Nikon Coolpix W300 and the Canon PowerShot D30.

Nikon is another major name in the camera business, and they come the closest to matching the TG-5 in terms of features and toughness. It’s waterproof to 30m, which is double the depth of the TG-5, and its LCD screen has a higher resolution.

Unfortunately, the W300’s controls are even more esoteric than the TG-5s, and exposure inconsistencies made it difficult to compose the sharp, vibrant photos that the TG-5 is capable of. 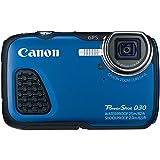 The Canon Powershot D30 is waterproof to 25m, which is not as deep at the Coolpix but is still deeper than the TG-5. It’s only shockproof from 2m, and it only records video in 1080p, which is pretty disappointing.

The Canon's controls are easier to use than the Nikon's or the Olympus's, but it doesn't have built-in wifi, the GPS doesn’t work accurately, and the image quality is lacking.

And the winner is…

The Olympus Tough TG-5 is just a well-rounded camera, so while it’s not quite as waterproof as some of the competitors, it takes better pictures and has better functionality overall.

If you decide to purchase the Olympus Tough TG-5, you should check out our coupons and deals to see if you can get a discount off the retail price of $499.

Olympus frequently posts weekly, monthly, and seasonal deals on their website. Currently, they’re offering $70 off the TG-5, and you’ll get a free case and SD card with your purchase. Olympus is also offering free shipping on orders over $100, and you can earn double rewards points (if that’s something you’re interested in).

Costco members can get the Olympus Tough TG-5 for $380, in a bundle that includes a floating wristband and a 16GB memory card.

The Olympus Tough TG-5 is a highly-rated rugged camera that can withstand a hell of a lot of punishment. You can drop it, freeze it, drown it, or bury it without damaging anything except maybe the screen (according to some customers).

The camera is more expensive than other rugged models, though Olympus has many authorized dealers who offer frequent discounts and coupons. It’s significantly less expensive than most modern smartphones, so you’ll risk less by using it while whitewater rafting or bungee jumping.

We covered all of the cool features like the 4k video capture and GPS and decoded some of the more mystifying features like the wide aperture and short focal length. There's quite a lot of them, which is why this camera is so popular despite the high price tag and the occasional defects.

We hope you enjoyed our buyer’s guide and review of the Olympus Tough TG-5. 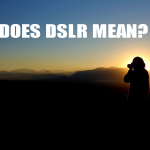 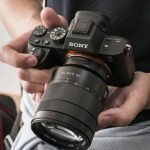