Mirrorless cameras have the exceptional capability of speed and ease of use.

Optical cameras used to rely on old mirrors to present an image that was only partially true to form. The advent of mirrorless cameras allowed for better control over the frame.

Similarly, two subsections of mirrorless cameras can be seen in development today: The focus on vlog style and compact cameras with a single, built-in lens, or the larger digital cameras that allow for greater versatility and control while still retaining powerful CPU and processing capabilities.

Sony Inc marketed the Sony a6500 as a compact mirrorless camera with the body and stylings of a DSLR. However, the focus on a flexible LCD and fast autofocus capabilities make it more reminiscent of compact cameras with a lower price range.

In short—the Sony a6500 attempts to marry the capability and customization options of older DSLRs with the quick speed and ease of use of a newer combat camera.

The result is a beautiful-looking piece of technology that’s highly lauded by professionals and amateurs alike. However, the cost might be higher than the monthly rent for many Americans. This price range makes it challenging to figure out whether or not the Sony a6500 is worth the price.

If you’re in the market for a mirrorless camera with functionality and speed, read on. We’ll be breaking down the specifications of the Sony a6500. We'll look into the capabilities of the camera in comparison to similar offerings. We'll help you figure out if the camera is worth the cost.

From appearances alone, the a6500 could easily be confused with a traditional DSLR body. The design takes from older cameras—offering a sizable grip on the right-hand side for greater stability. For those who dislike the flat, rectangular design of most compact cameras, this is certainly an upgrade.

The a6500 only comes with the body of the camera in most cases. Choosing the right type of lens somewhat negates the camera's smaller design.

The a6500 is also a fairly sturdy camera—coming in an all-black finish of aluminum and plastic. However, like most cameras in this field, durability is not the focus of design. An outdoor or action-focused camera like the Go Pro is better at taking some abuse while filming.

Moving on from the exterior features of the camera, the a6500 boasts some impressive specifications.

First of all, Sony’s proprietary autofocus (AF) system allows the a6500 to come into focus with speed faster than most—just 0.05 seconds. The built-in 24.2-megapixel sensor is built specifically to work alongside the fast AF system and utilize over 400 different points of reference to focus. In simpler terms—on any given frame, the a6500 is analyzing the distance of 425 points within the view of the lens to determine with accuracy the focal length required. This is the primary selling point for those who don't wish to mess with manual focus.

Aside from this, the a6500 offers something most Sony cameras don’t—a touchscreen LCD. With this large display, you can focus on a specific item within your frame by tapping on the location.

The touchscreen is also built to function alongside the electronic viewfinder (EVT). Even while the screen is turned off, those looking into the EVT can tap on the touchscreen and see what they’ve chosen to focus on.

That means that—even in bright sunlight or in situations where the screen is not worth using—you can still take full advantage of touchscreen focus.

The camera also offers the ability to shoot in full 4k. It takes advantage of the 24.2-megapixel sensor to provide users with enough detail to upscale to 6k in the editing room. This level of detail is unheard of in many cameras that came before the a6500. It is a relatively nascent development. So your results may vary when trying out the feature.

Otherwise, the a6500 utilized an OLED display for improved quality and battery life and utilized a 5-axis image stabilization option for those with particularly shaky hands.

The combination of these features in a compact and clear package makes the Sony a6500 one of the premier consumer cameras on the market today. Without going into the prosumer and professional market with RED cameras and similar film cameras, it can be challenging to try and find a product with a better output.

Unfortunately, one of the most significant drawbacks to the Sony a6500 is the cost.

The Sony a6500 is not just expensive for the type of camera it is. It is also expensive in comparison to other Sony products.

Today, purchasing the a6500 will set you back roughly $1,400. What’s worse is that this baseline cost is useless without further purchases. That's because the camera comes solely with the body and lacks a single introductory lens.

If you’re purchasing the a6500 as a gift or as a first camera, you may want to consider the bundles Sony and Amazon offer. These offers pair the body of the camera with popular or proprietary lenses. For example, adding on a 16-50mm lens with the camera only increases the price by about $100. Several other short-range and telescope lenses can be paired with the a6500. And there are several places online to seek out that sort of deal. However, none of the expenses negate the high cost of the camera. Anyone looking for simplicity and ease of use would be far more likely to consider other offerings from Sony and similar brands.

Within its submarket, however, we can’t say that the Sony a6500 is unfairly priced. The (few) cameras that can compete with the offerings of the a6500 are either just at or above the price point currently offered by Sony. Ultimately, you’ll have to consider this point to see if the cost is worth the benefits you hope to gain.

Photographers and consumers laud this camera. But we do have to note one minor quirk with the camera.

The Sony a6500, like other Sony cameras, comes built-in with image profiles to assist in later color grading. This is particularly helpful for photography students and filmmakers to pull out the right tones in the image as desired.

However, when it comes to white balance, the a6500 can find itself really lacking in terms of accuracy.

White balancing, or pointing to a pure white image in the frame and clarifying to the camera to judge color based on that initial placement, is a considerably important feature in cameras. Without this, color profiles would vary widely indoors and out. The same is true when exposed to both cool and warm light sources.

The a6500 tends to slip slightly on white balance and mix up colors close to each other on the spectrum, such as green and blue. This issue is not reported in all a6500’s, but in enough to warrant mentioning the issue here.

When it comes to competition for the Sony a6500, that quirk becomes a footnote in an otherwise great value of a product.

The camera most commonly compared to the a6500 would be the Fujifilm X-T2. The X-T2 is a similar mirrorless camera that boasts the ability to swap out lenses, utilize quick autofocus, and other features we already are familiar with in the a6500.

The X-T2 and a6500 are quite similar in styling and quality. So it could be easy to recommend either or both. Brand loyalty among comparison reviewers tends to blur the lines a little. However, what is clear to consumers would be the price point.

Coming in at $1,800 for the body alone, the X-T2 is a pricier camera overall. With features that are comparable, and in the case of AF features, better than the X-T2, picking a winner becomes all that much easier.

In a fair fight, the Sony a6500 wins. Comparing to compact cameras, however, the higher build quality and features become harder to defend. With Canon and Panasonic offering compact cameras at a third the price of the a6500, anyone who wants an easy to handle camera will quickly rule out the a6500.

Across social media in tech review videos that can be found on YouTube, the a6500 is praised almost outright.

Tech users are a big fan of Sony’s AF system. The system holds up as one of the best in any camera, in any price range. Similarly, the public seems to enjoy the ability to distill 6K video from the camera and exploit the dynamic range of the sensor.

Unfortunately, Sony cameras—both compact and mirrorless—can have small quirks and have issues maintaining a good level of battery life.

Shooting in 6K or 4K will result in a rapidly drained battery. This is why reviewers are quick to note that the camera isn’t great for long shoots or usage far away from energy sources. Similarly, you’ll need to worry about overheating issues if you work outdoors or continuously record video.

Thankfully, the camera is built to bypass the internal overheating cutoff point. So if you need to squeeze that extra minute of video out of the camera, you can. You do so at the risk of damaging the sensor. Hence, we don’t recommend doing it unless in case of emergencies.

Footage or not, the shot you're trying to achieve needs to be pretty valuable to justify burning out the sensors in your investment.

Aside from those gripes, the public perception of the a6500 remains positive and unwavering. These recommendations come from influencers on a variety of levels. Casual users and advanced photography students alike each should take note of the noted quality of the camera.

IS IT WORTH IT?

When it comes to the overall value of the Sony a6500, we do recommend it—with a few points of contention.

First of all, the camera comes in at a price point that’s only geared for certain members of the public. A cheaper camera will better serve those who want a small upgrade from a smartphone camera or only need the camera for casual travel.

If this sounds like you, consider the Sony FX100 V, Canon G7 X, or similar compact camera.

Second, professionals who need total control over their image are better off spending this much money either on DSLR or a low-end film camera. The Fujifilm X-T2 draws purists thanks to its marginally improved dynamic range.

Finally, nature photographers and outdoorsmen might want to look for a high-end GoPro or a camera built to handle the rugged nature of the field. The a6500 may have less moving parts than something like the FX100 V. But it’s still fragile and can easily be broken in a minor accident or by dropping the product.

If you don’t find yourself in either of the three categories and are looking for a mirrorless camera that will allow you to try out a host of different lenses, the a6500 might be the best product on the market today. The AF speed and quality are simply incomparable to other brands. And the video quality is perhaps some of the best you can get before purchasing a film camera.

If you can afford it, give the a6500 a shot. Chances are—you won’t be disappointed. 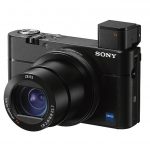 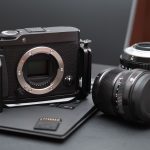