​Cameras are everywhere these days because they are so accessible. If you carry a mobile phone, then you always have a camera with you. However, if you want to take great photos, then you should consider being an SLR-type camera like the Sony Alpha a7R II 42.4 MP Mirrorless Ultra HD Digital Camera - Black - Body Only.

What is a Mirrorless Camera? When you’re in the market for a camera, you’ll find many options like DSLRs, which are digital single-lens reflex cameras, point and shoots, and mirrorless cameras. A mirrorless camera is often referred to as a mirrorless interchangeable lens camera or MILC.

When the shutter button is pressed to take a shot using a DSLR, a mirror or prism pops up to reflect the light coming through the lens, and the image appears in the optical viewfinder. However, with a MILC, the camera doesn't have mirrors, so there isn’t a traditional viewfinder.

If you’re taking a picture with a mirrorless camera, the light moving through the lens lands on an image sensor. It allows you to see a preview of the image on the camera’s rear screen. Some cameras, such as the Sony Alpha a7R II 42.4 MP, have another screen like a viewfinder through which you can see the image before snapping the shot.

The Sony Alpha a7R II 42.4 is a mirrorless interchangeable lens digital camera. It has several features that make this camera ready for professional use. With this Alpha version, Sony has improved many of the features from their previous a7R to produce better quality pictures at a faster pace. Along with taking still photographs, this camera can also shoot 4K video, which makes it more versatile for the user. Some of the improvements that have been made include better autofocus and optical stabilization to help steady the camera when taking shots.

While it is smaller than most DSLRs, which most MILCs are, it is thicker than other MILCs. The camera’s body is made from a light magnesium alloy, so it weighs less than its DSLR competitors, the Canon 5DS R and the Nikon D810.

The Sony weighs 22.05 ounces, while the Canon 5DS R is 33.5 oz and the Nikon D810 is 35 oz. As it is lighter, the camera is easier to carry when you're camping, hiking, or bringing on vacation to take photos in the cities you're visiting.

How Does it Work?

The Sony Alpha a7R II 42.4 MP offers several features that help it produce high-quality pictures. They have also made improvements to many of the a7R features for this newer model.

This camera produces professional-quality images due to the 42.4 megapixels on the BSI CMOS sensor. However, size of a sensor is more important to the quality of an image than the number of megapixels of the camera. While many mobile phone cameras offer higher megapixels, they have very small sensors, so the images will not be better than DSLRs or MILCs cameras.

A BSI (backside illuminated) CMOS (complementary metal-oxide semiconductor) sensor helps to increase the amount of light an image receives. So, they can take photographs in low light to increase the quality of a photo. Sony was the first company to release this technology in DSLR and video cameras.

The BSI technology also allows the camera to reach a light sensitivity of up to ISO 102400 in both the camera and video modes. While it doesn’t have an optical low pass filter, the Alpha a7R II has good noise reduction, so you get sharp images when they are processed.

The speed at which images are taken was improved in this MILC versus the previous model, the Alpha a7R. They made it 40 percent faster by upgrading the autofocus or AF system. The system now allows 399 phase-detect points and 25 contrast-detect points, which helps speed up the process of taking images.

The body of the camera is rugged, and it has better weather sealing to keep moisture and dust out of it. The lens mount was redesigned to hold larger or longer lens, whether they are Sony, Zeiss Batis, Samyang Rokinon, or Zeiss Loxia lenses.

With the five-axis stabilization feature, taking images means less vibration. The improvements provide  50 percent less vibration from the shutter. Plus, the shutter button has been put into a better position to reduce camera shake as well. It also has a silent shutter mode to use when necessary.

One of the reasons many people use mobile phone cameras to take pictures is because it is easier to post them on their social media accounts due to being able to log onto the internet. With the Sony's Wi-Fi connectivity, you can upload images to mobile devices to share on social media accounts, send them via email, or add them to cloud storage sites.

It also supports NFC, Near Field Communication, so it only takes the touch of a button to transfer images to compatible devices. Also, your mobile devices can display live images on the screen, and the shutter can be remotely controlled. PlayMemories apps can customize images so that you can take portraits, motion shots, close-ups, and other types of images.

Many other features and applications allow you to quickly create the type of shot that you want with little effort. The unique feature on the Sony Alpha a7R II 42.4 MP Mirrorless Ultra HD Digital Camera - Black - Body Only is its BSI CMOS sensor. As previously mentioned, the sensor provides the ability to take great shots in low light and allows 42.4 usable megapixels on it.

Sony created the sensor, which is featured on some of its mirrorless digital camera models. Canon is working on a version for use in its cameras. The physical configuration of the sensor allows data to transmit 3.5 times faster than it did on the a7R and the coating on the back of it reduces problems with light bouncing off the back of the sensor.

There is only one camera that offers more megapixels than the Sony a7R II, which is the Canon EOS 5DS R, a much more expensive DSLR camera. It offers 50.6 megapixels to create high-quality images. However, the Sony offers the second highest number of megapixels compared to other DSLRs and MILC cameras.

Aside from the other lenses mentioned above that the Sony a7R II is compatible with, its lens mount can also accommodate a growing list of FE/E-mount and A-mount lenses with adapters. It can use some Minolta lenses, but also Canon DSLR lenses. An adapter for Nikon lenses is also in the works.

As with many higher-end cameras, the a7R II is only sold with the body, because the lenses are sold separately. The manufacturer's suggested retail price, MSRP, on this full-sized camera, was $2,398, but it can be bought at several retailers for under $2,000.

It can be bought directly from Sony for $$, which is the same price at other retailers like Best Buy. Walmart and Amazon, sell it for a dollar less at $$, and Amazon gives you the option of buying it in bundles that include a lens or memory card.

The least expensive online site for this camera is 42nd Street Photo, which sells it for $1,849. While some photographers think that is too much to pay for a mirrorless camera, a DSLR, like the Canon EOS 5DS R, costs over $3,000 without a lens. Plus, the Sony offers more features than many other MILCs.

Based on other reviews and users’ testimonials, this camera has been well received by photographers. The website Lifewire.com named it the runner-up for the best overall camera. It was beaten for this distinction by Canon’s EOS 5DS R. One the a7R’s flaws is its short battery life, which is one reason it didn’t claim the top spot.

Its original version won several awards in 2015, such as Camera of the Year by Popular Photography and Gear of the Year by National Geographic Adventure. With the improvements Sony made, it is it is an even better camera.

Many of the testimonials on Amazon, where it is rated 4.5 out of 5 stars, showed how well liked this camera is by many of its owners. People who bought it from Best Buy gave the camera a 4.8 out of 5 stars, and the online retailer B&HPhotoVideo.com shows a rating of 4.4 out of 5 stars.

Some of the owners claim the camera took their photography to the next level, they were pleased with the image quality, and the autofocus received good marks from other online reviewers. Many people recommended the camera for those who are looking to upgrade to a camera with more advanced features.

In the world of mirrorless interchangeable lens cameras, the Sony a7R II seems to stand alone. Some sites named other Sony cameras, which are also mirrorless, as its main competition. Cameradecision.com, which rates the Sony a7R II with a 96, named the Samsung NX1 and the Olympus EM1 II as competition amongst MILCs.

While both cameras have some of the same features as the Sony, their ratings were not as high. The Samsung NX1 also has a BSI CMOS sensor, and it only offers 29 megapixels. Also, it doesn't have a full-frame sensor, but an APS-C, which is a size smaller than Sony's. The same site gives this camera a 90 rating.

The Olympus EM1 II received an 89 from Cameradecision.com, but in comparison to the a7R II, it only has 20 MP, it uses a CMOS sensor, and it has an even smaller sensor than the Samsung NX1. The image quality is rated a 59, while the Sony’s is rated a 93.

The Sony a7R II also compares well with some DSLR cameras, like the Canon EOS 5DS R, which is mentioned above, and the Nikon D810. When compared side by side, the Sony camera won due to its image resolution, its video tests, and ergonomics.

The site FStoppers.com made direct comparisons and the a7R II beat these competitors handily. While the Sony’s battery doesn’t last as long, and the Canon won the autofocus test, the a7R II was still the overall winner out of the three cameras.

After reading reviews and comments by owners, we have concluded that the Sony Alpha a7R II 42.4 MP Mirrorless Ultra HD Digital Camera - Black - Body Only could be a great purchase for someone wanting to break into professional photography or who wants to take spectacular shots when they travel.

The features of the camera offer a chance to take high-resolution stills in low light conditions, as well as video. With Wi-Fi connectivity, you can also share those stills and videos with friends through email or by posting them onto your social media sites.

While there are lighter, less expensive MILC cameras on the market, the Sony’s features and size allow for more professional shots, whether they are studio portraits or onsite wildlife shots. If you’re only a hobbyist, the camera will provide you with a way to take professional images. Professionals can also get much use out of this camera, especially with its capability of using lenses from other manufacturers.

If you need a good camera for your career or photography hobby, you should take a close look at the Sony Alpha a7R II. It is a good choice given the price, and it provides features that will provide you with great looking shots to mount in your home, post online, or sell to magazines. 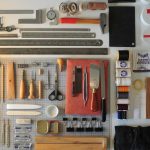 The Absolute Best Hobby Tools You Should Have In Your Kit