The WX350 is a point-and-snap camera, but don’t let that fool you. While it aimed at the casual photographer, it packs a lot of perks to help you get professional quality photos with minimal photography knowledge. Things like sweep panorama mode, smile and face detection, and motion sensitive video challenge the image quality of many more expensive cameras.

Let’s look at the technical specs before we break down all the great features:

What We Like About the Sony Cyber-Shot DSC-WX350 18.2 MP Compact Digital Camera – BLACK 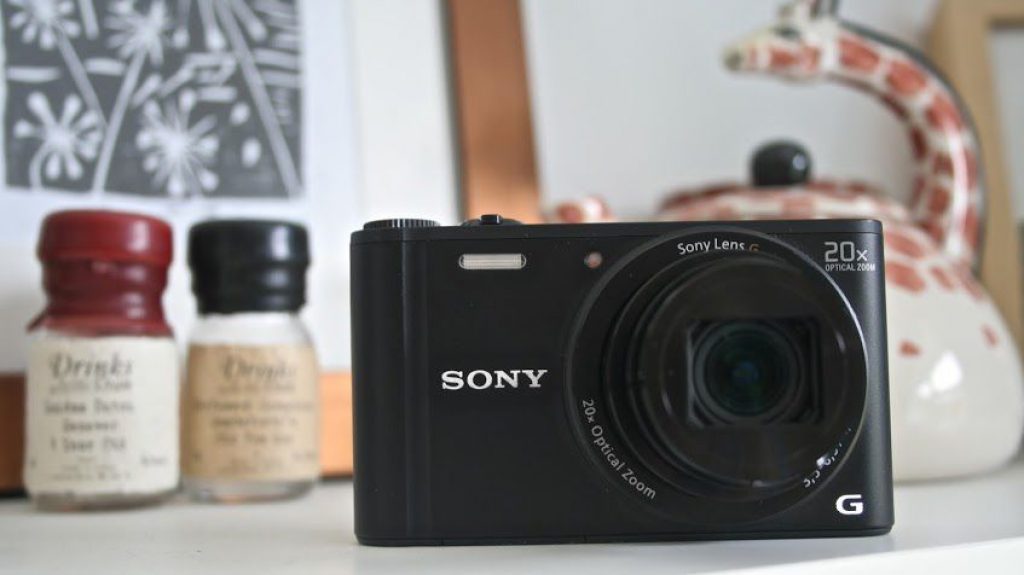 We liked our first impression of the WX350. It’s small enough to fit in a pocket comfortably but has a 3-inch rear screen.

Most compact digital cameras have a smaller screen, and the larger screen makes a big difference when composing shots or reviewing shots. Placed next to other compact cameras, the Sony WX350 is visibly smaller, but packs in all the same features as its competition and a few bonus features.

The 20x optical zoom with SteadyShot stabilization adds to the appeal of this camera. Its focal range is 25mm to 500mm, which isn’t extraordinary unless you consider the small size of the camera. It packs all that zoom into a camera that is roughly the size of an early iPhone model. To help you get clear, in focus shots while zoomed in at 500mm, SteadyShot stabilization feature lets you choose from standard, active and intelligent active modes. Each mode increases stabilization to prevent blur at longer focal lengths.

The Sony WX350 has built-in WiFi and NFC. NFC stands for near field communication and is only useful from around two or three inches. The camera can be used as a hotspot and connected to any smartphone or computer by selecting the camera's access point name on your phone or tablet.

You can enter the camera's password and begin transferring images or controlling the camera from your smartphone. 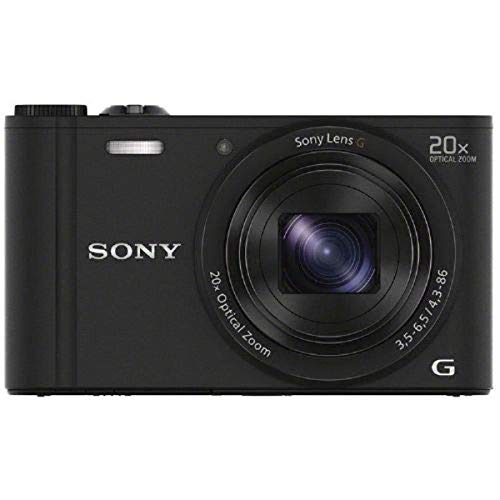 Most notably, in low light conditions, the camera takes several images at different exposures to create a composite image. The result is better low light photographs with less work on your part.

The Sony WX350 offers an auto framing feature that we find exceeds similar features in other compact cameras. In short, it knows when you are shooting a scene with people in it. Auto framing activates when it detects faces and creates alternate images for you.

The alternating images are cropped and shot as portraits. If you don't mind the camera doing a little thinking for you, this feature has excellent benefits, especially for hobby photographers or quick shooting vacationers.

If you want panoramic shots, you'll need to compose each part of them yourself and stitch them together later in Photoshop. So, having this option helps the WX350 stand out among its competitors.

The WX350 has several panoramic modes bundled into its sweep setting, including 360-degree shooting up to a resolution of 11,520 x 1080.

It can shoot in landscape or portrait modes while in panoramic mode because we aren't always shooting landscapes and Sony recognizes the need for more options. Brought together with all the other features and styles, panoramic modes make this camera a standout in the crowd.

The Sony Cyber-Shot DSC-WX350 lets you choose between MP4 or AVCHD video encoding. This is not unique among the Sony line of compact cameras, but it’s important if you are considering purchasing this camera.

AVCHD mode has the best quality options for video including 1080p. There are three video image quality settings available in AVCHD mode. MP4 video mode will record video at 1440 x 1080 and 640 x 480 resolutions.

Zoom works while recording video and isn't loud enough to be caught by the stereo microphones built into the WX350. Zooming will reduce the size of the video and the frames per second recorded. Sony has removed the option to take still images during video recording on this model. Many of the newer Sony cameras don't allow you to make still photos while capturing video.

You can't turn off the lens stabilization on the WX350. It does a good job keeping the image focused, even while zooming during video. Outdoors and indoors, the automatic intelligent focus and exposure keeps the picture clear and can follow your subject while shooting video just like it does with still images.

In short, the compact light body is great. The 20x zoom with stabilization works better than expected. Built-in WiFi and 1080p HD video are more than you expect from a compact digital camera. You get all that plus about 480 shots on a fully charged battery. There’s no shortage of features beyond these features.

What We Don’t Like About the Sony Cyber-Shot DSC-WX350 18.2 MP Digital Camera 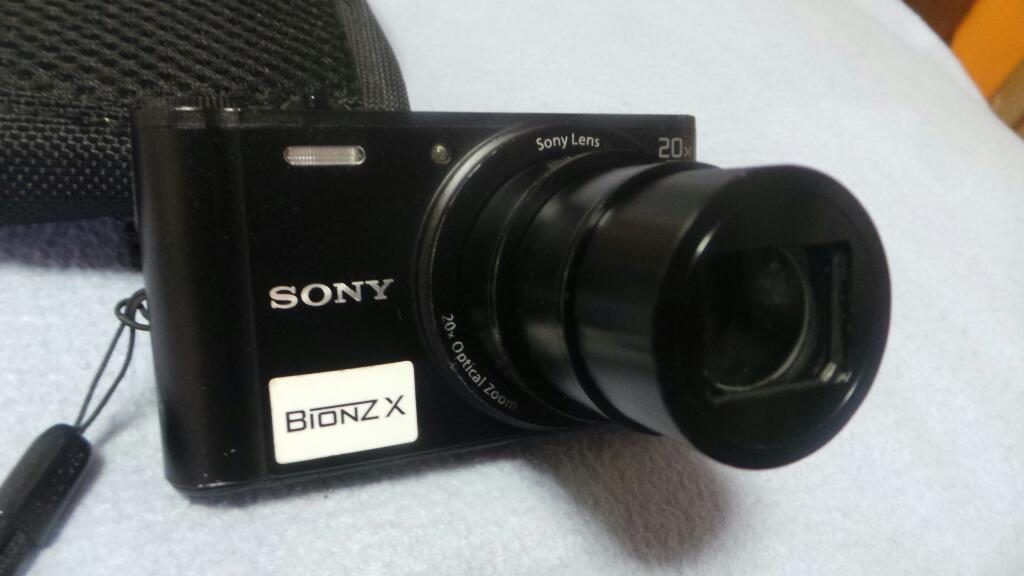 While knowing this is a compact digital camera, we wish it had manual or semi-manual modes. The automatic and preset modes are fantastic, but from an artistic viewpoint, we need more control.

If you aren't looking for control and just want to get pictures of the kids, vacation spots, or make some quick home movies, you won't notice any difference between this camera's performance and more expensive cameras with manual modes.

In-camera cropping creates a little distortion on the left and right edges. The distortion is hard to see, but it is there and is an issue in rare instances. Chances are you will never notice the distortion. If you crop your images at a printing kiosk or in software like Photoshop, you won't have any distortion.

That said, the in-camera cropping could use a little work, but it's not enough to blemish the reputation of the camera.

The rear screen is hard to see in bright situations like outdoor shooting in direct sunlight. Modern compact digital cameras like the WX350 don’t have a viewport, so we rely on the screen to compose shots or review shots in the field. The poor performance of the rear screen in brightly lit areas is common among compact cameras, but it is still annoying.

You can't do anything about the lens stabilization. This feature is excellent, and it performs better than expected. But without manual modes, you must rely on image stabilization while shooting video.

Usually, this wouldn't be an issue, but in low light situations, the camera has trouble adjusting if there is a bright flash of light. If you are shooting fireworks or video near windows during the day, the camera will have trouble focusing if the available light fluctuates.

The camera’s built-in WiFi hotspot has a limited range. A limited range is ok, but the range on this camera is around ten feet. You wouldn't be able to control the camera with your smartphone from across the room at a child's party or during a presentation.

Even if you could, you are bound to two apps to make the camera work with a smartphone. There's an app for the phone to handle image transfer and a separate app in the camera to allow for smartphone control. That's a lot of extra steps that aren't necessary. You can use the camera with a computer as well, but only if it is compatible with the app and that's a significant limitation.

The photo creativity mode is not necessary. A few manual features in place of the creative mode are a better option in our opinion. These settings on all cameras are almost always the same, and usually dull.

Every computer or tablet we use to crop or alter images offer many more creative options, and they do a much better job than the in-camera options. The creative possibilities are a waste of valuable feature space.

Amazon has this feature-packed camera for $$. The price is about double what we expect to pay for a compact digital camera, but this model is worth every penny. Cheaper cameras lack WiFi, panoramic modes, and most inexpensive cameras only shoot video at 720p. The WX350 shoots video at 1080p and 1080i, and that’s a big difference if you are capturing family memories. 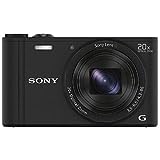 The obvious top competitor of the WX350 is the Canon SX600 HS. The SX600 features the same size sensor and a 2-inch rear screen, but only offers an 18x optical zoom.

Both cameras are about the same price and are roughly the same size. Either camera can comfortably fit in your pocket, purse, or the console of your car without taking up much room. You'll miss out on panoramic shooting mode with the Canon, but you may not want the option to shoot panoramic scenes. We can't imagine why because panoramic shots are fun and look great.

Still images and video shot with either camera are about even on quality. You can turn off image stabilization on the SX600, and the image quality plummets drastically without this feature enabled.

There are reasons not to use image stabilization, but technology today does a great job predicting and compensating for movement. Since both of these cameras are point-and-shoot cameras, there’s no good reason to disable lens correction except in some low light shooting situations.

This camera could easily conquer its target market in spite of the few minor problems we found. It's unlikely you will notice the slight lens quality issues in everyday shooting. If you hold your hand above the rear screen to provide shade, the rear screen is bright and sharp. We didn't go over it well in the review, but the WiFi range is shorter than we’d like, but chances are you won’t notice it either.

If you read over the things we don’t like about the Sony Cyber-Shot DSC-WX350, you get the impression there are several things to dislike, but this isn't the case. Most compact digital cameras share these issues. Even if these problems are a concern for you, it is unlikely you can find a camera that offers as much as the WX350 and conquers the minor issues we encountered.

It’s easy to forget these minor problems when you consider the HD video and long zoom are bonuses, not to mention the 1080 HD video. Even the WiFi is forgivable if we think most compact cameras don’t have WiFi at all. If you don't mind paying more and you don't need manual settings, we're sure you'll be happy with the camera.

It’s rare that we find a camera that hard to dislike, but the Sony Cyber-shot WX350 is one of the few. Reading about it online or seeing a review such as ours hardly does this little camera justice. We believe you would purchase this camera without a second thought if you get the opportunity to hold it or try it out in a store.

Fascinating History: How Trapping Light in a Box Changed the World 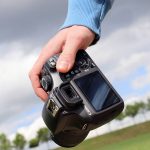 Canon T5i vs T6i: What Are The Differences?