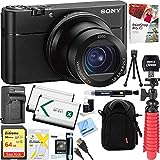 Anyone who’s after great image quality without the hassle of a DLSR has probably stumbled across the Sony RX100 lineup. That’s for a very good reason.

With the introduction of the original RX100 back in 2012, Sony was able to make a premium point-and-shoot camera that beat the image quality of any smartphone and saved casual users the hassle of dealing with lens and upgrades.

This fifth model faces some steep competition between other point-and-shoots, like Lumix LX15 or the Canon G7X II. Coming in at nearly a thousand dollars, it's going to take a lot of research and analysis to determine which camera is right for which user.

We’ll be going over tech specs and features of the Sony RX100 V, comparing to similar brands, and seeing if this tried-and-true camera can stand the test of time.

As we mentioned, the Sony RX100 V is a mirrorless combat camera. It's focused on speed and agility rather than technical customization. As such, you can expect to see all of the pros with other combat cameras—but the drawbacks as well.

Autofocus (AF) is particularly crucial to cameras in this market. And Sony hasn’t failed to deliver on this front. In fact, the RX100 V boasts the world’s fastest AF speed. This comes alongside two other worldwide records—AF points and continuous shooting speed.

The AF point record comes from the RX100 V’s ability to utilize 315 points across the frame. This ability allows you to accurately access the distance of the frame’s focus then shifting in accordance. With continuous shooting speed, the camera can take a burst of photos in quick succession—up to 24 photos per second. A more in-depth look at the specs

At these rates, continuous shooting becomes more like video recording than photography. An impressive feat, given the compact size.

Aside from the records, the RX100 V has a 21.5-megapixel sensor. The size and scope of the large-type sensor built into the camera allow for 4k resolution recording, 960 frames per second recording of video, and effective low light capabilities.

The RX100 V offers more than one way to preview your frame before pressing record. On top of using the large LCD, the camera includes a retractable electronic viewfinder. This viewfinder allows you to ensure proper framing in bright locations and without fiddling with the larger screen.

The screen itself is designed to swivel and rotate more than one axis. So shifting into selfie move is effective for vloggers. It is also good for those who need to record themselves while previewing the frame in real-time.

The RX100 V also includes features typical for point-and-shoot cameras, like a retractable flash and manual focus options. You’ll need an SD card upon purchase as well, as the camera has no onboard or flash memory.

All of these features culminate in a camera that’s comparable to other offerings in the market. The build quality of the Sony RX100 V itself tends to be stronger than most. This strength will please both casual users and professional photographers alike.

This particular camera may boast a reasonably excellent build quality. But it's important to note to first-type point-and-shoot photographers that cameras are not durable as a whole. There are lots of moving parts on the RX100 V. These include the LCD, electronic viewfinder, and even the lens itself. These parts can be damaged by use and abuse, or even by accidentally dropping the device.

We don’t be docking serious points here since the quality is due to the nature of the product. But if durability is your number one concern, perhaps consider looking into a different style of camera, like the Go Pro.

There are no two ways around this one—the RX100 V is expensive.

Currently, the camera can be purchased from some major retailers for a few dollars off the list price of $998. In general, with taxes, fees, and shipping, you’ll be hard-pressed to pick up this camera for a much lower price.

Those interested in protecting their investment can pay a nominal fee for an LCD projector. This fits on top of the built-in display and helps ward off against scratches common on cameras like this from Sony. We’ll be going into more detail about that specific issue later.

For adventurous photographers, a waterproof case is also available—but will cost you about $200 more.

What’s nice about both additional peripherals is that neither are built into the camera or would require extra work to install. If you’re on the fence about purchasing either the protector or the waterproof case, we recommend you hold out and purchase each separately as you need them.

The cost is too prohibitive for you. In this case, cutting down on features and going for a cheaper camera may be worth it. Both the Canon G7 X and Lumix ZS100 boast similar features at nearly half of the cost.

Similarly, while the price is not dropping significantly as of the writing of this article, we do know that Sony cameras tend to depreciate over time.

The RX100 series is updated yearly by Sony. Cameras one or two years back in the product line can come out to half of the cost.If you want the Sony RX100 V but can't afford it yet, be patient. Wait for the next product to come down the pipeline, then get this camera for a lower cost.

The Sony RX100 V has developed a reputation for being lauded by vloggers and photographers alike. But it has been noted for quirks and minor problems that are consistent with the Sony brand.

Like we mentioned earlier, the design on the LCD leaves much to be desired. A compact camera is designed mostly for portability. And it's no surprise to the manufacturer that the camera will be thrown into various pockets, pouches, and bags during use. Unfortunately, all of that use, combined with the weak durability of the screen, means that you’ll find more than a few scratches on your LCD over time. Purchasing either Sony’s official screen protector or another option is going to be key if you want to use the LCD screen as a viewfinder. Otherwise—be gentle with your camera, and use at your own risk.

Battery life and overheating also tend to be an issue.

What else to consider

Sony’s website is quick to boast about the three different world firsts in their new model. But it fails to mention that these new features come at a cost. The 4k shooting mode overheats the camera after a few minutes and can sap the battery with under an hour.

Likewise, the continuous shooting mode only lasts for a few seconds before filling up the camera’s buffer. After doing so, you’ll be forced to wait several seconds to upwards of a minute for the camera to save the information onto your SD card.

This means that using either feature needs to be done sparingly and with careful consideration. Both are huge battery hogs as well. So if you’re going to be away from batteries or chargers for longer than a few hours, stick to 1080p and simple photos.

The RX100 V also lacks in a few departments when compared to other cameras.

Many Canon and Lumix models come with touchscreen displays. This feature  makes focusing as simple as touching an element on the frame. Aside from the scratch-prone nature of the screen, this is not an option on either the RX100 V or most other Sony cameras.

The lifespan of the RX100 V is also mediocre when compared to competition from Panasonic and Canon. Although it's worth noting in the interest of transparency that point and shoot cameras tend to lack battery life by the function of their design, and is largely unavoidable.

Otherwise, Sony’s new camera can hold its own. The aperture scope and sensor are either comparable or better to similar brands, and the shutter speed and AF speed simply can’t be matched.

Aside from technical specifications and cost of purchase, what matters is how a camera feels, operates, and works with photographers in the field. This may perhaps be the best selling point for the Sony RX100 V, is it is highly loved and respected.

The prosumer market of vloggers and entertainers tend to have little to complain about—but given the prohibitive cost, it comes to little surprise that the consumer end has a bit more to say on the subject.

The camera is popular with the traveling and hiking crowd for its ability to quickly take a great shot. Wildlife enthusiasts and sports photographers also love the speed of the autofocus and continuous shooting speed.

Those who need the camera for more remote hikes or in further distances to civilization, however, aren’t afraid to be critical of the battery life. Similarly, beach photography will be difficult with the camera’s low sensitivity to heat, and any area that’s hot and humid will cause problems.

Overall, for those who can afford it and those who live in temperate climates, the Sony RX100 V leaves little to complain about. Make sure you’re not pushing the camera too hard, however—or you’ll begin to uncover several of the issues we’ve covered already.

The question of value for the RX100 V is difficult to express in general terms. If you can afford to put out the thousand dollars and care for the product without putting it into harm’s way too often, it’s really difficult to suggest any other camera.

The Sony RX100 V 20.1 MP Compact Ultra HD Digital Camera - 4K - Black is a perfect camera for the ease of use and simplicity. The sensor works wonderfully in cities and mountains alike, provides more than enough information for photo manipulation and color grading, and remains compact while aiming for image quality that could rival even the most popular of DSLRs.

At the same time, that price point is not cheap. The Sony RX100 V may be one of the better cameras, but not by much. There’s steep competition in the compact camera market, and other sensors and cameras out there are far cheaper without being far worse.

Ultimately, there are two kinds of photographers out there, and we came to two very different conclusions as to who can use the RX100 V without regretting the price tag.

Prosumers, nature photographers, city-dwellers, and those of their ilk will be pleased with the Sony RX100 V. If you’re on a tight budget, living in extreme climates, and want a more durable camera, you might want to give this camera a pass and head for a cheaper option.

Aside from these two types of consumers, anyone who wants customization options might want to pass up on this camera—and compact cameras in general. While they can take gorgeous photos, you won’t be finding dynamic lens capabilities in the RX100 V and other cameras.

Only a DSLR with further options for growth and improvement can feel the need for those who want total control over every aspect of their photos and video.

Our conclusion? If you can afford it, and you want that extra level of quality, go for the Sony RX100 V. 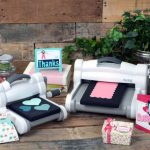 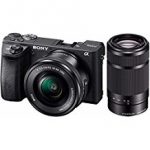