Home » The battle of the budget compacts
0

The battle of the budget compacts 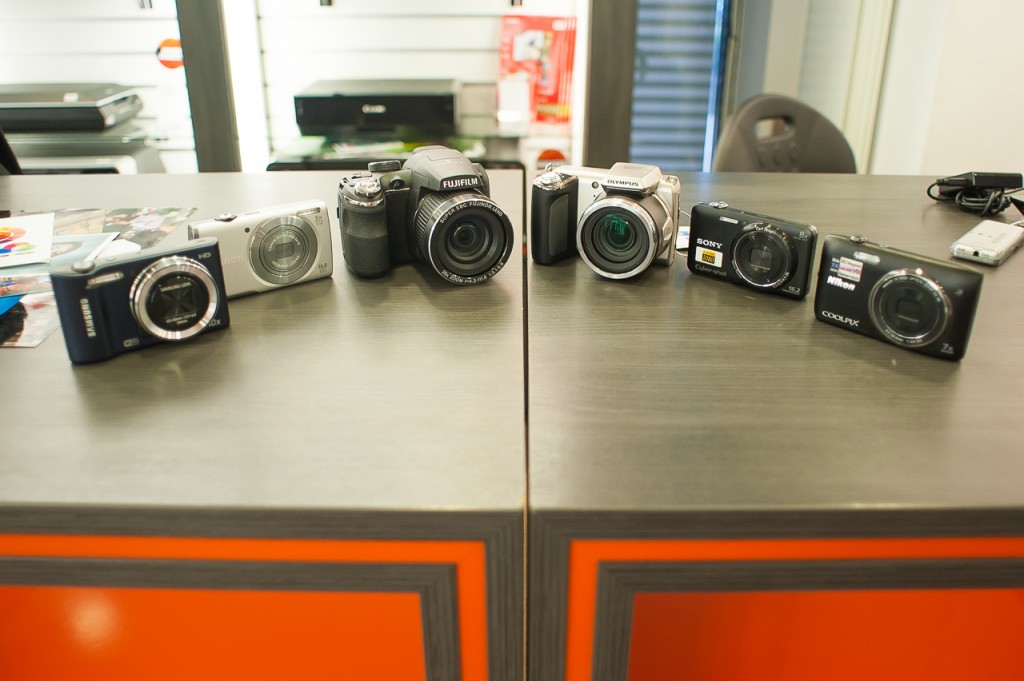 My starting point in writing this article was the realization that currently there are so many cameras on the market in the compacts category that it’s hard to decide which to buy, even if you have some idea about what you’re looking for. The situation is even worse when you are just starting out and you’re facing a decision that’s hard to take.

With that thought in mind, I decided to start a series of comparative tests performed on various compact photo cameras. In what follows you’ll see a comparative test carried between 6 budget compact cameras (their prices ranges between $150 and $200, and if you search a little, you can find them bundled with a bunch of accessories like small bags, memory cards, tripods, batteries and so on. I chose 6 models of compact cameras that fit the budget.

As a result of our benchmark, you’ll be able to get a good idea about the pros and cons of each camera, how they behave under various conditions and the image quality they produce. Depending on what you’re looking for, you’ll be in a better position to make an educated decision. Why this approach? Because some people look for a compact that records video well, others one that has a large zoom, and some for a camera that shoots well in dim light. The reasons can vary endlessly.

Keep in mind that all photos were taken in the automatic mode. We put ourselves in the shoes of someone who’s making their first purchase and does not have the necessary knowledge to play with the camera settings. 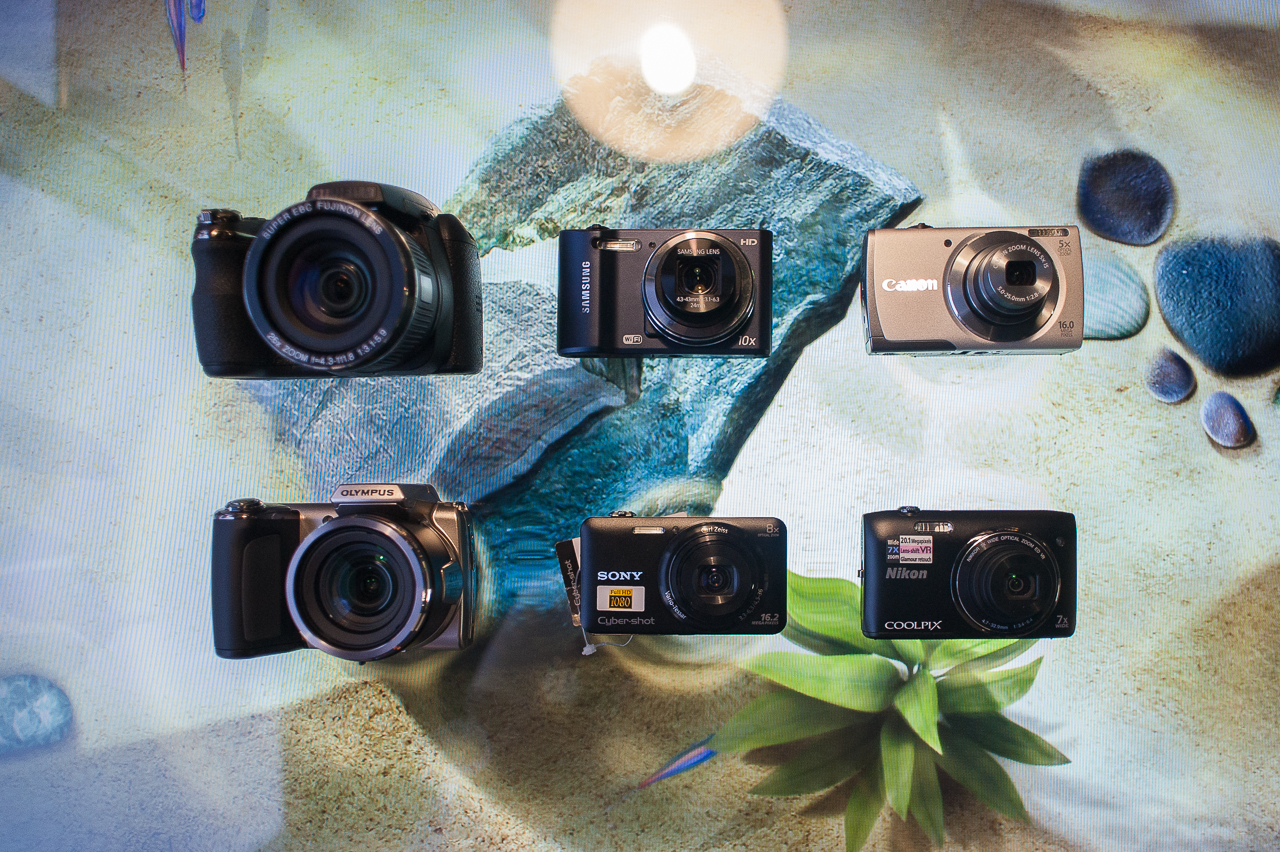 Side by side comparison

Let’s start our test by outlining the important technical specifications of each model. Looking through what each has to offer, a few features stand out: the Sony WX60 is the only one that has a CMOS sensor, the Fuji S3300 and the Samsung WB-30F have the widest lens, the Canon A3500 and the Samsung have built-in Wi-Fi functions, the Nikon has the largest sensor at 20 megapixels, and the Olympus SP-620UZ and the Fuji S3300 have the largest zooms, the first going up to 21x, while the second to 25x.

The Sony camera seems to have a technical upper hand with its CMOS sensor. We’ll see however that the other cameras are serious contenders under certain conditions.

We tested with no zoom and at maximum zoom. We took two photos with each camera in the two states. The first set of images are taken at the wide end. We noticed that in this area the Nikon and the Fuji have produced the best results in terms of exposure and dynamic range.

Lighting was not optimal, making the test more difficult. That also affected the rendition of colors. The Samsung and the Nikon rendered the most accurate colors, closest to reality. The other cameras steered the colors heavily towards a cold green.

As for the tele end, considering a combination of each camera’s max zoom value and the image quality it produces at that zoom, we find the Nikon and the Samsung stand out. Both of them, at maximum zoom, offer great quality and a lot of detail on the whole surface of the image.

Of course, only a few models can reach as high as 3,200 ISO, these being: the Sony, the Nikon and the Fuji, with the Sony reaching all the way to 12.800. The photos obtained at these high values are not really usable, but at least it’s comforting to know that you’re able to capture a subject that you couldn’t otherwise. 🙂

We conducted the test under the following conditions: automatic mode, from a tripod and with the timer set at two seconds. We shot at the most important ISO values with each camera. The results can be seen below.

The Sony did best of all. We took the 1,600 ISO value as a reference point in our evaluation.

The toy car we used as a subject is about an inch long. We placed the camera on the tripod and came as close as we could to the car. This was done in Auto mode, without using any of the cameras’ close-up functions.

The Sony allowed us to come the closest, but the Fuji shot better detail. Not much, but noticeably enough. See the results for yourselves.

For this test we chose a display window that had multiple light sources. Most of the cameras adjusted their exposure as a response to the bright light, dimming the darker areas. The Sony and the Olympus figured out it was a special situation. The Sony took three frames, kind of a HDR, which it then pverlapped. The Olympus, in contrast, took overexposed the frame by about 2/3 and regained detail that way.

The difference between the level of detail in the bright areas and in the shaded areas is quite sharp – judge for yourself.

In auto mode, when the light is not sufficient, the camera compensates by using the built-in flash. However, it is very important how this process is carried out and how the merging is done between the ambient light and the light generated by the camera flash.

We created some rather difficult conditions for a camera. In the forefront there is a white coffee cup, with strong natural light coming from the background. Here’s how each camera managed it.

Of all, the Fuji achieved the best light balance across the whole frame. The Canon also finds a balance

Shooting from hand in dim light

This is a situation we face often. We may be at home or somewhere in town or at an event, and we want to photograph from hand, but without using the flash. The camera is forced to raise ISO sensitivity, and to compensate for the vibrations produced by the motion of the hand.

The Olympus glowed in this area. It produced, from our point of view, the best balance between short-exposure time to reduce vibrations and ISO sensitivity. The Fuji did well too, only the whole picture has a very yellowish tint.

* Some photos are shaken because the camera selected a long exposure time. We took 3-4 frames in a row with each camera and they all came out like that.

Testing from hand in low light

It’s vital that colors are rendered well in photos. The Samsung and the Olympus, in this order, flexed their muscles and achieved the most accurate shots in terms of color.

Nikon made the colors too cold, whereas the other cameras warmed them up more than was necessary.

Video recording – how well do they do it?

Let’s start this section by mentioning that the Sony is the only camera in our batch that records in full HD, the rest of the cameras being limited at 720p. We made a video clip below. Lighting isn’t favorable again, and in order to put even more stress on the sensors, we did some panning. In terms of image and sound Sony achieved the best results, again, due to the fact that it can shoot in full HD mode.

Conclusions – pros and cons of each camera

Time to draw the line. We saw them tested in all kinds of conditions. Below are the actual pros and cons of each of the models.

We look forward to getting your feedback regarding the usefulness of comparative tests such as this one. All in all, the time spent on this review amounts to 15-20 hrs.  Do you find this review useful? 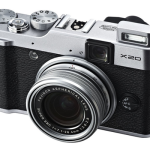